Have you ever had someone tell you something about yourself that you just couldn't believe? Maybe it was a family member pointing out a personality trait that you thought you didn't possess, or a friend calling you out on a behaviour that you were convinced you didn't exhibit. In those moments, it can be easy to brush off what the other person is saying and dismiss it as untrue. But have you ever stopped to consider the possibility that they might be right?

It's a difficult pill to swallow, but the truth is that we all have the tendency to distort reality, especially when it comes to our own selves. We may not do it intentionally or even realise that we're doing it, but our perceptions of ourselves "our own reality" is not always accurate. And when someone challenges our self-perceived reality, it can be unsettling and even threatening.

So, why do we do it? Why do we hold onto certain beliefs about ourselves that may not be entirely true? Here are a few reasons:

💡
So how do we break free from these distorted realities and see ourselves more accurately? It's not easy, but it's possible.

Here are a few steps you can take:

While self awareness and openness is key to our journey towards self-improvement and growth, distorting reality can also be a powerful tool for achieving great hights.

Steve Jobs, co-founder and former CEO of Apple, was known for his "reality distortion field." This term, coined by one of his colleagues, referred to his ability to convince himself and others to believe in something, even when it seemed impossible.

Jobs was infamous for his demanding and perfectionist personality, and he was known for pushing his team to achieve impossible deadlines and goals. He would often use his reality distortion field to convince his team to believe in his vision and to work tirelessly to bring it to fruition.

One famous example of this was the development of the Macintosh computer. Jobs had a vision for a personal computer that was easy to use and accessible to everyone, and he was relentless in his pursuit of this goal. He convinced his team to work around the clock, and against all odds, they were able to launch the Macintosh on schedule. His ability to inspire and persuade others to believe in his vision allowed him to push the boundaries of what was thought to be possible and create products that changed the world.

Jobs' reality distortion field was not just limited to his team at Apple. He also used it to convince consumers and investors to believe in his vision for innovative and revolutionary products. His ability to inspire and persuade others played a major role in the success of Apple and the development of products like the iPod, iPhone, and iPad.

While some may view Jobs' reality distortion field as a negative quality, it is undeniable that it played a key role in his ability to achieve great things. His relentless focus on his vision and his ability to convince others to believe in it allowed him to push the boundaries of what was thought to be possible.

However, it is important to note that the reality distortion field was not just a magic wand he waved around to make things happen. It was a combination of Jobs' charisma, confidence, and persuasiveness, along with his relentless drive and focus on his vision.

The moral of this story is, that there's nothing wrong with having positive beliefs about ourselves. In fact, having a healthy self-esteem is important for our overall well-being. But it's when those beliefs become too distorted and disconnected from reality that they can cause problems. By being more aware of our tendencies to do so and taking steps to see ourselves more objectively, we can start to break free from these distorted beliefs.

Ultimately, the key to seeing ourselves more accurately is a delicate balance between being open to the possibility that we may be wrong and a healthy self-esteem. It's not always easy to admit when it turns out we're wrong, especially when it comes to something as personal as our own beliefs about ourselves. But by being open to this possibility, we can start to see ourselves more objectively and break free from the distorted realities that may be holding us back, ultimately fulfilling our full potential. 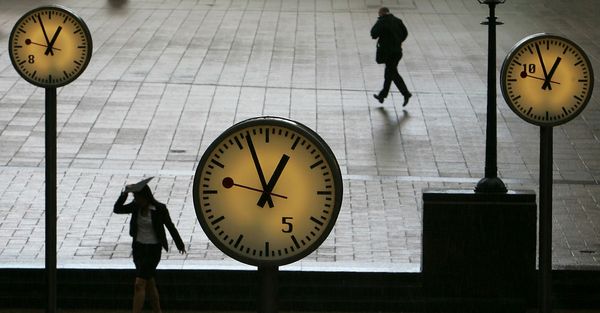 While working smarter is certainly important, there's another factor that can have a huge impact on our success and growth.