The Dutch supermarkets.. From the AlbertHijn, Jumbo, Lidl, and Aldi to your tiny local shop, and the farmers market. I know.. I know.. some of you will start telling me that Lidl and Aldi are actually not Dutch. But for the unsuspecting eye who just landed in the Netherlands, who caaares? Something boggled my mind the first time I walked into an AlbertHijn with its iconic light blue and white AH logo at every corner of the Netherlands; the labels and descriptions were - for some bizarre reason - translated only to German and French, and not English like in Egypt, which didn't make much sense to me at first since English is a bigger second language here. As it turns out, these products were mainly exported to Germany, Belgium, and sometimes France, hence the language choices... damn! As if finding one's way around a foreign supermarket isn't hard enough, now I couldn't even read anything. Microsoft translator to the rescue! Contrary to popular belief google translate is not the best app for this situation, the camera translator is the exact opposite of user friendly, while with the MS translator you just point, click and voila! The good news is, you get used it after a while and you just know the shape of the items and sometimes the words, and after being here for 5 years, you actually start forgetting the English words and only remembering the Dutch ones. At the beginning I fell into the trap of thinking since AH is the biggest of the chains it should have the best products, but after a while you learn that some stores are better at different things, I personally prefer the fresh vegetables and fruits of Lidl over the AlbertHijn; and by far the best food in town is always found at the farmers market which has different locations and schedules based on your neighbourhood.

Not having a stove for 2.5 months... As I mentioned in my first post of this series, I was the first international hire for my company, so they were figuring things out. They rented a studio in Amsterdam Zuid-Oost (South East) - after a looooong search - and they quickly furnished it themselves, actually just one day before my arrival. So you could imagine some things got unintentionally overlooked, one of which was the freak'n stove! A few weeks later, the bell rings, it's a delivery! Rejoice in joy everyone the stove has arrived... or did it? It turns out there is a special kind of plugs for most stoves in the Netherlands which the studio didn't have LOL! In the meantime I was eating anything that can go on a piece of bread, thank God for Dutch cheese and peanut butter! Ordering takeout, and before you know it, I've gained some nice round pounds; oh how I've missed my mother's cooking by that time.

While still lost between the supermarket maze and the challenge of creative toaster cooking without a stove, a brink of light sparkled at the end of the tunnel, when one of my colleagues and soon to be life long friend Ruben - that's a different Ruben - invited me to his warm Dutch home in Utrecht for dinner with his girlfriend. An atypical yet wonderful gesture of hospitality that made me feel welcome and less of a stranger. It was my first time in a Dutch home, it felt like every detail is well thought off, very cosy, inviting, and relaxing; without making you anxious of touching anything (yes I'm speaking to you middle-eastern households). They prepared a delicious meal of Tuna-Stuffed Zucchini that I tasted for the first time ever, for a person who doesn't eat Zucchini, I actually loved it! Little I knew back then that this was a start of wonderful friendship that I would hold dearly until this day. 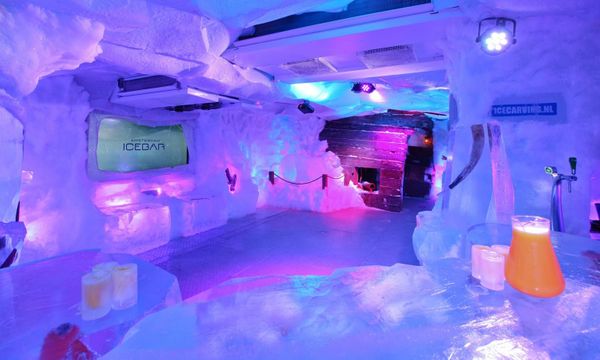 In the midst of spring on a rare sunny Sunday, the phone rings, Mina invites me to hangout in down town Amsterdam.

It's my first day at work, I got up early, got dressed, and head out to commute to work for the first time, and that's when I learned my first of many hard lessons.